Density is a relationship concept. Its meaning changes depending on how we use it. The population density, the dwelling density, the density of uses, and the built density, are among the most commonly used in urban development.

Current global urbanization processes put acute pressure on urban and ecological systems. This has been articulated in UN’s sustainable development goals (SDGs) and in UN-Habitat’s 5 principles for sustainable urban development. High density and compact urban form are thereby often propagated as the solution for more sustainable urbanisation, despite the fact that also a series of negative effects are associated with higher density. UN Habitat (2014) outlines five principles for the development of sustainable neighbourhoods focussing on key characteristics of high density, mixed land use, dense street configurations and social mix.

The principles are seeking to promote high-density urban growth, alleviate urban sprawl and maximize land efficiency. The 5 principles are thus expected to achieve the following performances: 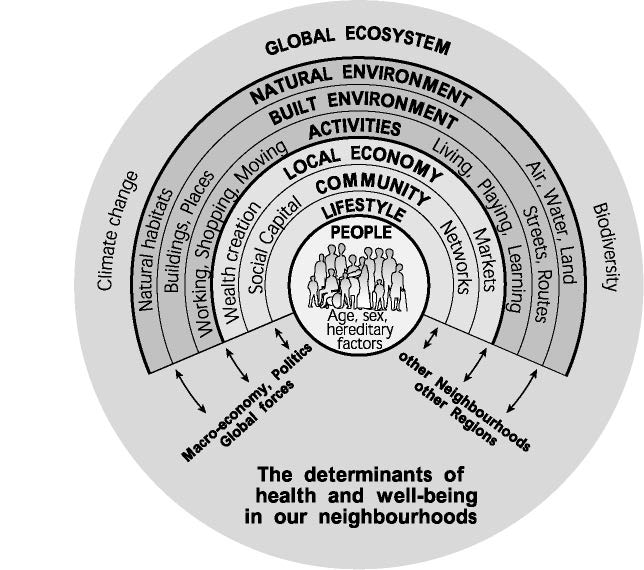 Chu,A., Thorne,A. and Guite,H. (2004). The impact on mental well‐being of the urban and physical environment: an assessment of the evidence. Journal of Mental Health Promotion,3(2).17–32.

This website uses cookies to improve your experience while you navigate through the website. Out of these, the cookies that are categorized as necessary are stored on your browser as they are essential for the working of basic functionalities of the website. We also use third-party cookies that help us analyze and understand how you use this website. These cookies will be stored in your browser only with your consent. You also have the option to opt-out of these cookies. But opting out of some of these cookies may affect your browsing experience.
Necessary Always Enabled
Necessary cookies are absolutely essential for the website to function properly. This category only includes cookies that ensures basic functionalities and security features of the website. These cookies do not store any personal information.
Non-necessary
Any cookies that may not be particularly necessary for the website to function and is used specifically to collect user personal data via analytics, ads, other embedded contents are termed as non-necessary cookies. It is mandatory to procure user consent prior to running these cookies on your website.
SAVE & ACCEPT